Miss Lily McCormick or Miss Mac, as she was known, came to work in Queen’s University Catholic Chaplaincy in Fitzwilliam’s Street in 1951 when Fr Michael Kelly was the first full time Catholic Chaplain and left in 1991 to enjoy a well-earned retirement after having served oceans of tea, mountains of ham, cheese and egg sandwiches and lakes of soup to generations of students.

She was possessed of strong personality with a constitution to match.  Both were necessary as she toiled from early morn to late at night in the old Chaplaincy for 20 years and for an equal amount of time in the new one in Elmwood Avenue.  She worked with Frs Michael Kelly, Patrick Walsh, Ambrose Macaulay, Anthony Farqhuar, Joseph Gunn and Sr Lucina Montague.

Having lost patience with being asked repeatedly for white sandwiches when she had only brown and vice versa she found the perfect compromise by preparing them with one slice of brown and one of white bread.  Two- tone was the order of the day and she would begin it by hard boiling 40 eggs and then move to the laborious task of buttering.

When the hungry hordes descended she had rows of orange plastic mugs lined up and filled them from a large teapot as if it were a watering can. Coffee was most definitely not on offer!

Under pressure at the counter she appreciated the correct change and really loved it when the more numerate students would tell her how much they owed.  The banter at the counter, if somewhat clipped, was a wonder to hear.  Should the student have been a Fermanagh native like herself, all the better.

To the casual observer her manner was gruff but that hid a very generous and embarrassed gentle nature.  She performed many kindnesses to students and two notable long term acts of generosity of which I learned much later through a third party.

The greatest compliment she could pay was to say “He/she is a very nice person”. There was no higher accolade.

I first met Miss Mac when I arrived as a student in Queen’s in 1971 so I knew her on both sides of the counter and learned to appreciate her directness for what it was: devotion to the Chaplaincy and its students and particularly to the Gaelic footballers who would often put in a bloc order for tea and sandwiches before boarding a bus for an afternoon fixture. She always obliged and awaited the match result with genuine interest.

Early on in my career as Chaplain the Chaplaincy sewers which always gave trouble were blocked and she and I went to investigate.  I opened the man-hole cover and as I recoiled at the vision in front of us she thrust some rods into my hands with the inspiring and unforgettable exhortation “Push Father it will be good for your humility!”

One of the qualities any chaplain needs is the ability to deal with emergencies occurring simultaneously.  One day Miss Mac thought that she would run a bath to clear the aforementioned sewers.  The bath was in the 3rd floor chaplaincy flat.  She filled the bath but was called away and while working in the ground floor kitchen she noticed that it was raining on the counter.  The bath had overflowed and the water brought down 2 ceilings, ruined 2 carpets and destroyed the bathroom.   At the same time a large 8 feet tall copper water tank in the boiler house suddenly burst, flooding the surrounding area.  This happened minutes before I had to go into the Chapel to begin the 12.15pm Mass, the Entrance Antiphon of which was ‘O Lord, have mercy on me.  Look down upon my distress.’

Miss Mac was horrified at the damage to the building and wanted to pay for it herself.  I had a very difficult time in dissuading her and convincing her that it was for such eventualities that we paid insurance.

When she came to retire she refused to accept a financial settlement I had arranged telling me that she had enough money put by.  This selfless act made her by far and away the most generous benefactor in my 19 years as Chaplain.

Many people who had no connection with Queen’s knew her as the organiser of the Chaplaincy Bus to Lough Derg every Saturday in the season.  She hired the buses which went via Antrim, Magherafelt, Omagh, Ederney and Kesh picking up pilgrims on the way.  All the passengers were fasting and many of us cast covetous glances at the flask of tea and the sandwiches which she brought for herself and the driver to be consumed once the pilgrims had been deposited.

During the period when the Chaplaincy ran regular Friday night discos she would sit in the kitchen and be on hand to ring me upstairs in case of mishap of which there were many and with which she dealt more calmly than I did.

I could continue for many more pages telling stories about Miss Mac.  She was devoted to her family, particularly her sister Masie with whom she shared a house in Enniskillen and who died shortly after her.  The isolation of Covid meant that I learned her death on the 12th July 2020 only months later and so did not attend her funeral in Lisnaskea.  In her, the Chaplaincy has lost its greatest stalwart who was faithful to God and a friend to many a student and Chaplain.  In short she was a ‘very nice person.’

I cannot omit the following.  There was once a student whose attitude seemed excessively pious to Miss Mac and she said to me one day in frustration “Why can’t he be like an ordinary Catholic – go to Mass and kick a football?’”

May God grant her eternal rest and may Our Lady of Knock to whom she was devoted welcome her home after all her labours. 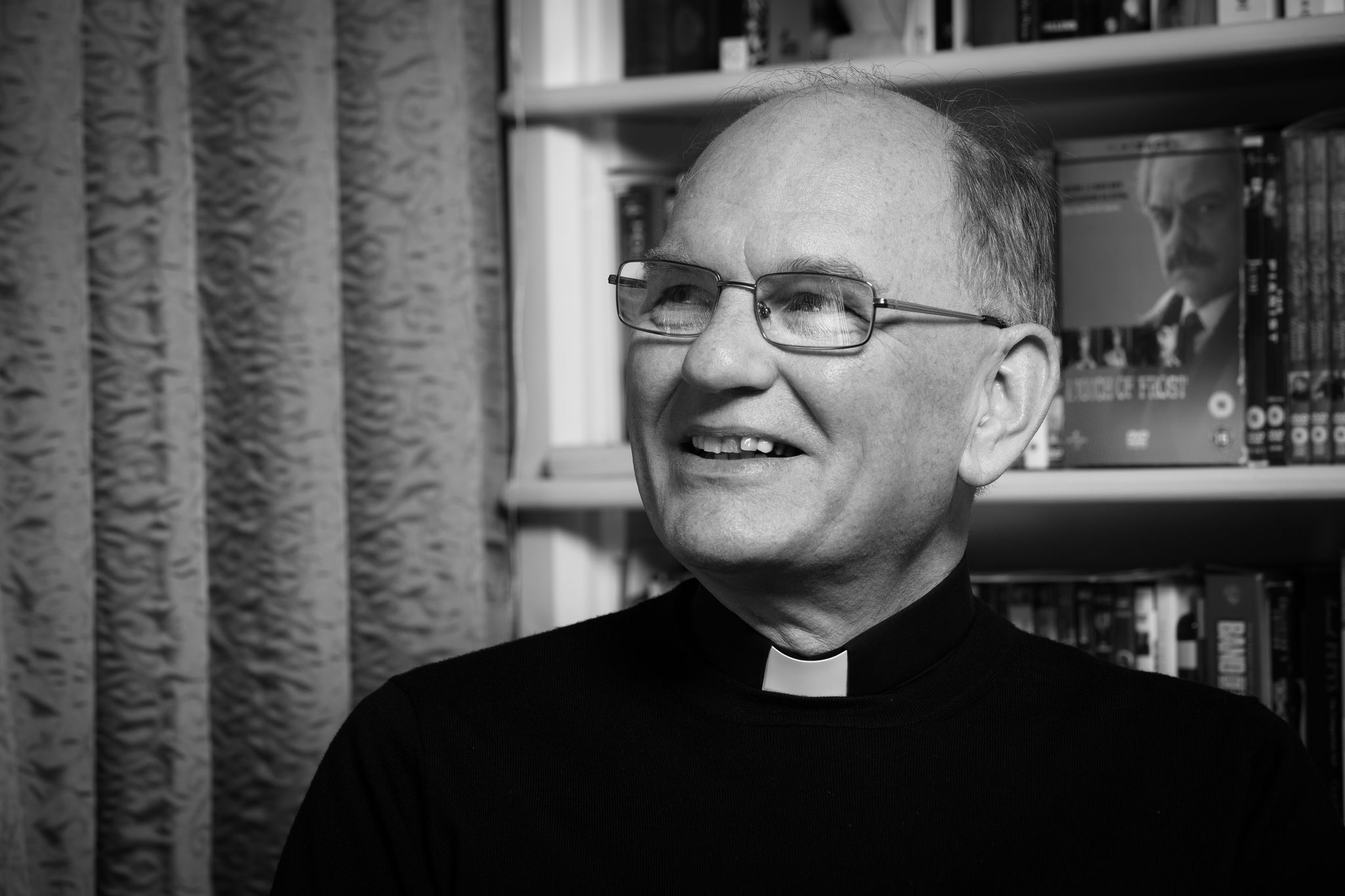 Fr Joseph Gunn was the Catholic Chaplain to Queen's University Belfast from 1984 until 2003. 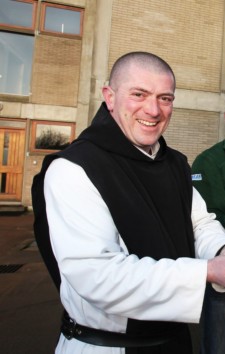